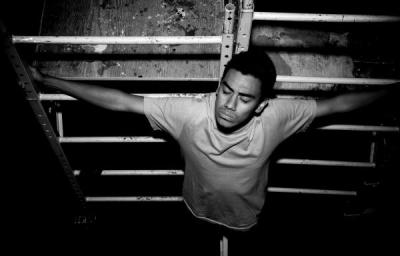 As a Honduran immigrant who has been living in Los Angeles for 27 years, I have never seen a story about Hondurans or Central Americans on a stage. Sure, I’ve seen a theater production with Central American characters.  Playwright Lisa Loomer’s Living Out for example, features a Salvadoran refugee who works as a nanny for a rich, Type A personality lawyer struggling to balance career and motherhood. However, rare is the art in the U.S. that features Central American men or women as the heroes or heroines of their own story.

Enter Enrique’s Journey adapted for the stage by Anthony Garcia and originally produced in 2011 by Su Teatro in Denver, Colorado. The story has undergone an odyssey of its own. It first began as the Pulitzer Prize winning series of articles written by Sonia Nazario for the Los Angeles Times, then became a book  also written by Nazario and finally a play adaptation and staged production now in Los Angeles for Encuentro 2014. Enrique’s Journey is a story about how violence and dire economic conditions force Enrique’s mother to migrate to the U.S.  The family separation they thought would be temporary turns into 12 years in which Enrique and his sister only speak to their mother sporadically via telephone.

The play follows the literary form of the book in which flashbacks inform the audience about the circumstances that forced Enrique’s journey north.  In the stage production, much of Enrique’s harrowing and futile odyssey across Mexico to reunite with his mother takes place atop of scaffolding carts, which the cast shakes to simulate the movement of trains. The visual is especially vivid when Enrique, played by Jose Guerrero, jumps off of one of them, naked and frightened, to get away from a gang who have beat him and stolen his clothes.

The production avoids sentimentality by injecting humor into situations fraught with tension. Enrique’s six deportations, for example, are performed sequentially in a vignette that exposes the ridiculous amount of resources and effort spent by authorities to deport the boy back to Central America. The absurdity only contrasted by the mention of “El Bus de las Lagrimas” (The Bus of Tears), that transports Enrique to the Guatemalan border and serves to remind the audience of the unfathomable despair migrants experience when caught by immigration.

While I enjoyed watching the ensemble of actors passionately deliver touching performances, I wanted to be enveloped by the uniquely Honduran story at its core. Enrique’s Journey is, after all, the story about a brave, sixteen year old Honduran boy forced to travel 2,000 miles alone from Tegucigalpa, Honduras to reunite with his mother. What was missing from the production was something missing from most depictions of Central Americans on film or stage – the Central American Spanish and accent spoken by the people of the isthmus. Jose Guerrero and Danett Hernandez (who played Enrique’s mother) did a fantastic job using a Central American accent when they delivered their Spanish lines. Ms. Hernandez’ accent still wasn’t quite Central American, but the character she plays has been living in the U.S. for 12 years, therefore I considered that perhaps her Spanish would have been influenced by other dialects in North Carolina. However, when I noticed that the accent was missing from other characters that were clearly Central American, Enrique’s grandmother and sister for example, who never leave Honduras within the timeline of the play, this missing detail could no longer be ignored.

Replicating a Central American accent is not an easy task but it is crucial to depicting Central American stories. The use of the second person singular pronoun “vos” instead of “tú” for example, is best with a Honduran accent, not Mexican or Chicano. There’s an intonation attached to this familiar way of addressing people in Honduras and other Central American countries. The inflections we place at the end of certain words and the Hondureñismos used are integral to community and identity. I would have loved to hear more of it.

Despite this, Enrique’s Journey is a must see for everyone especially Central American Angelenos who will be inspired by seeing one of their own on stage.

Enrique’s Journey, written and directed by Anthony Garcia, is performed by Su Teatro from Denver, Colorado at Encuentro 2014 with performances on:

← A Dizzying Zoetrope Kaleidoscope Opens Encuentro 2014 at The Los Angeles Theatre Center
INTAR Unit52’s, ‘Patience, Fortitude and Other Anti-Depressants,’ a Colorful, Urban Trip Down the Rabbit Hole of the Mind →